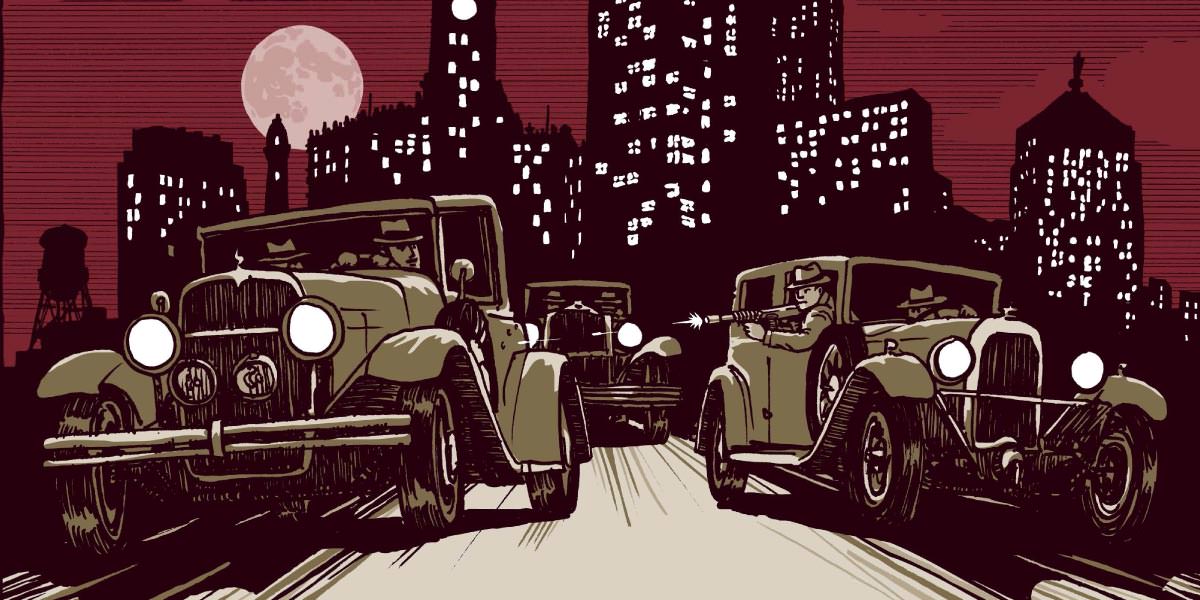 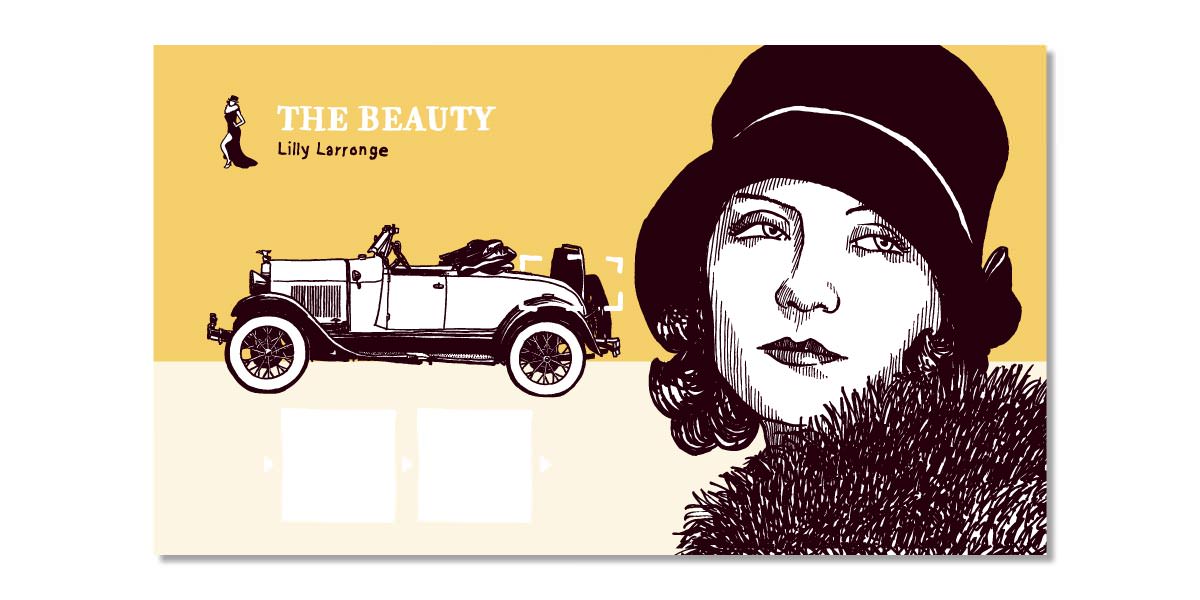 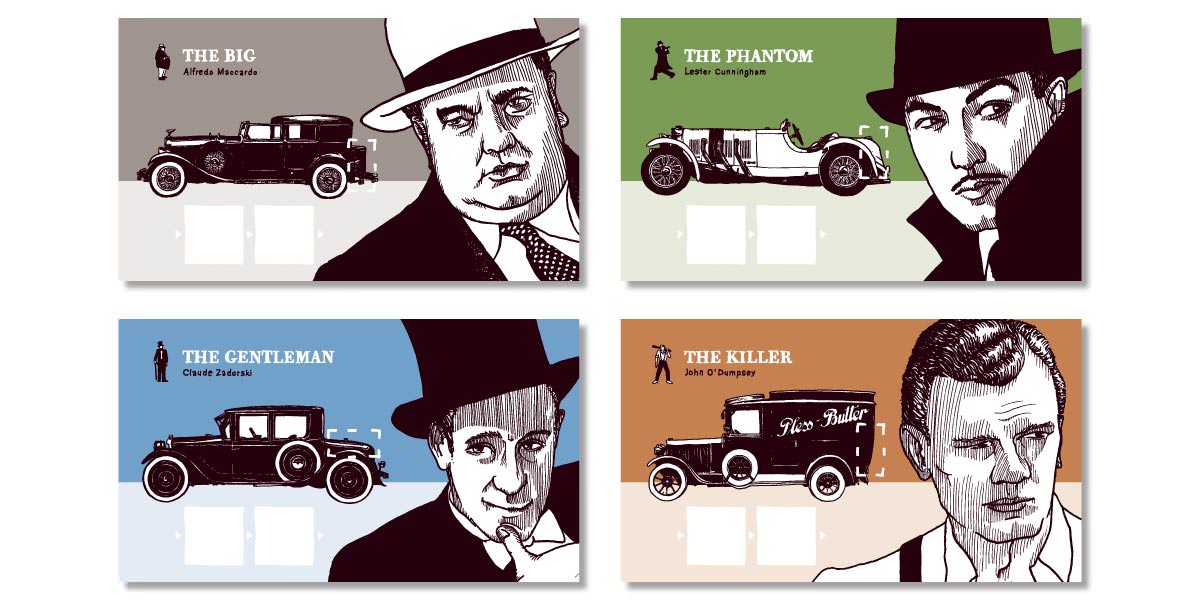 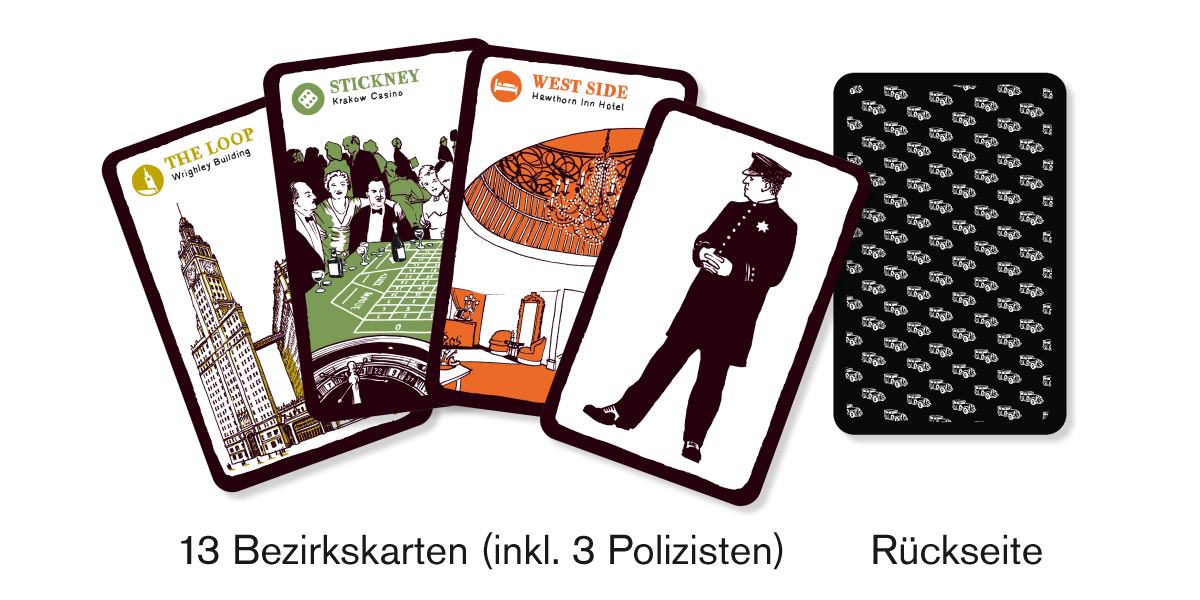 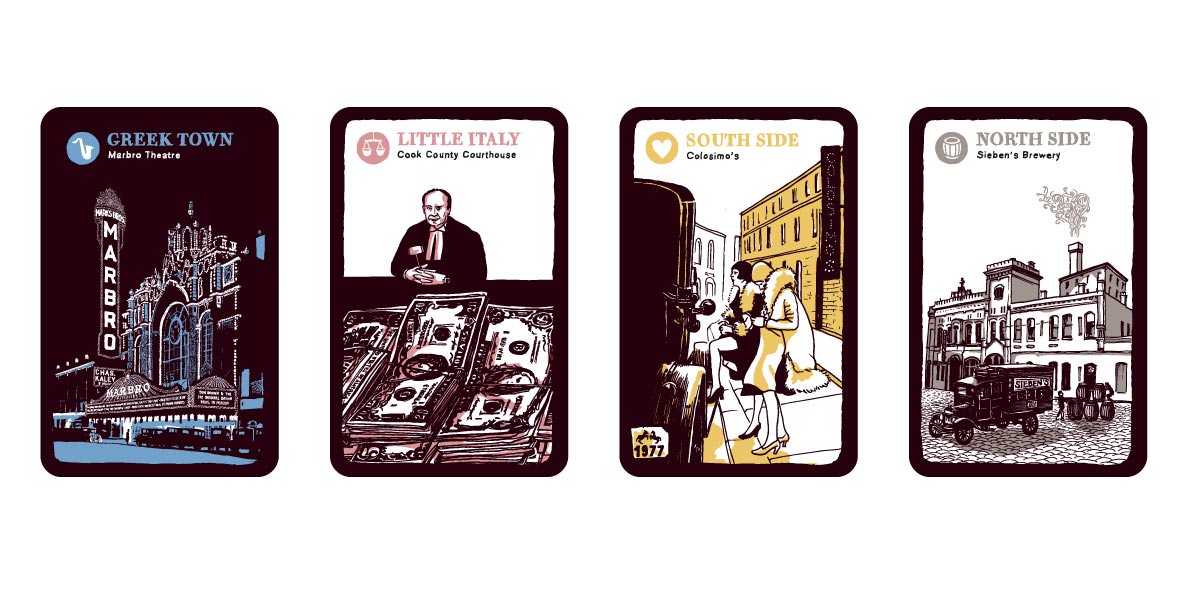 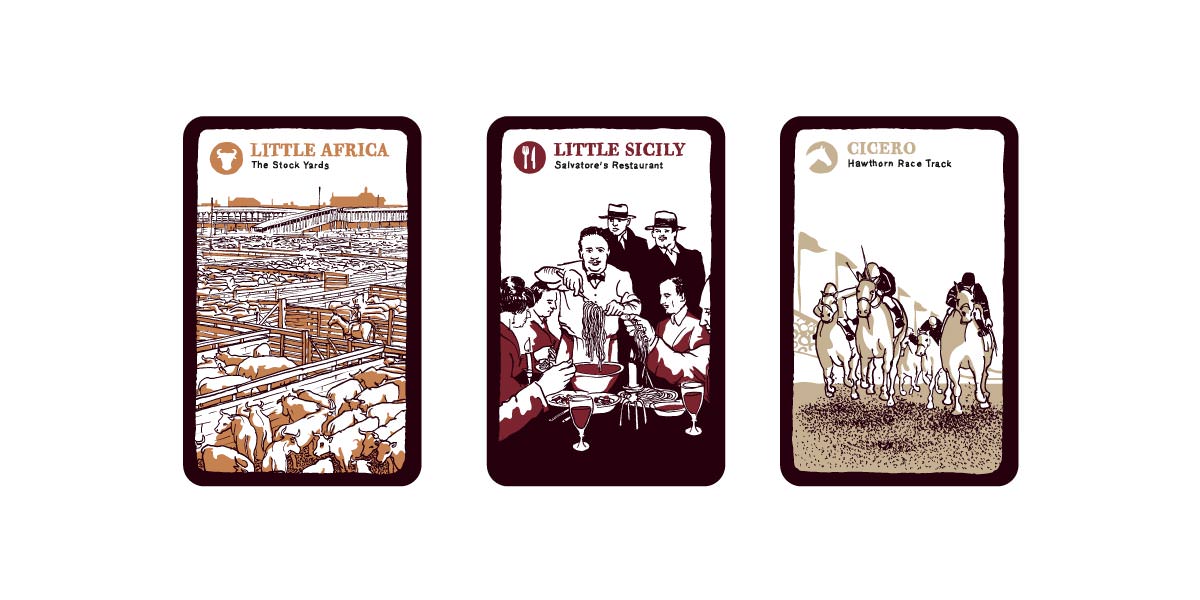 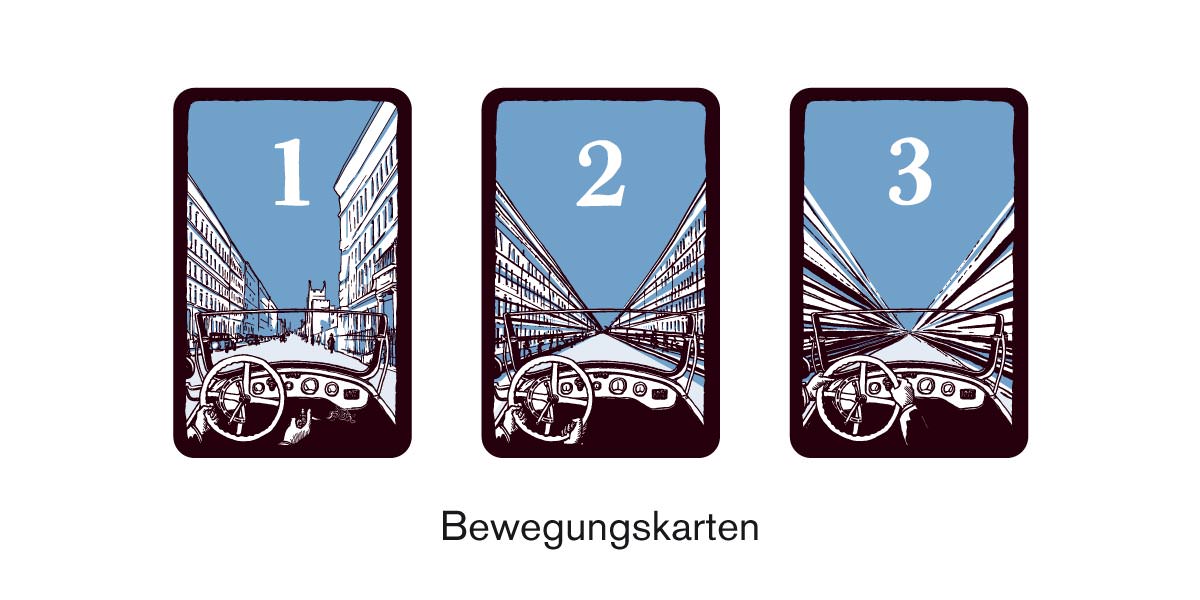 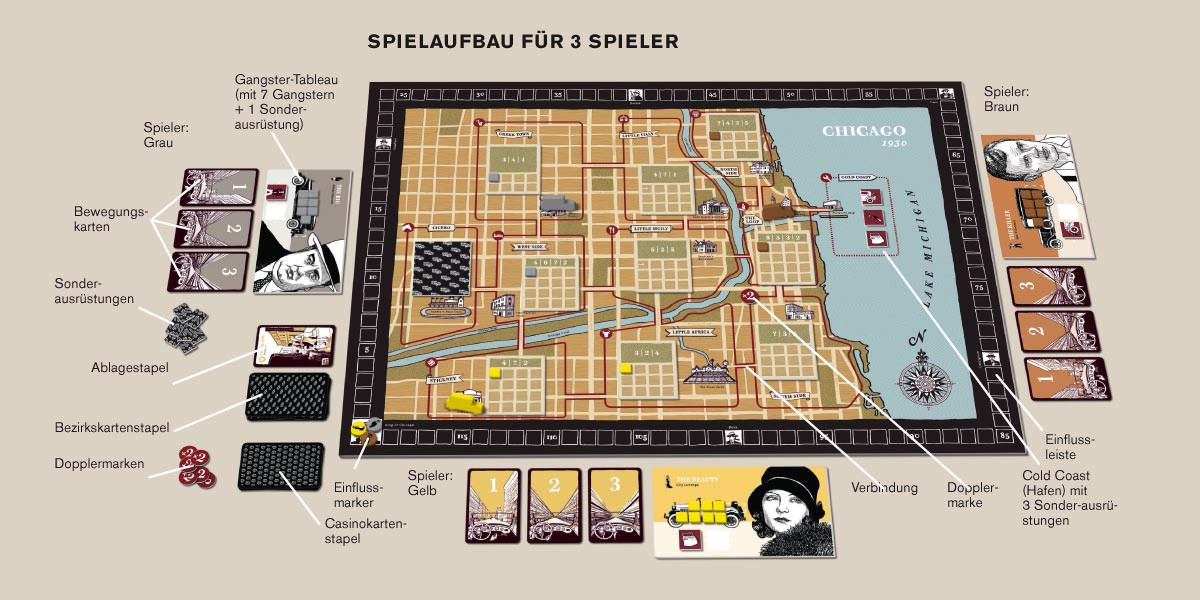 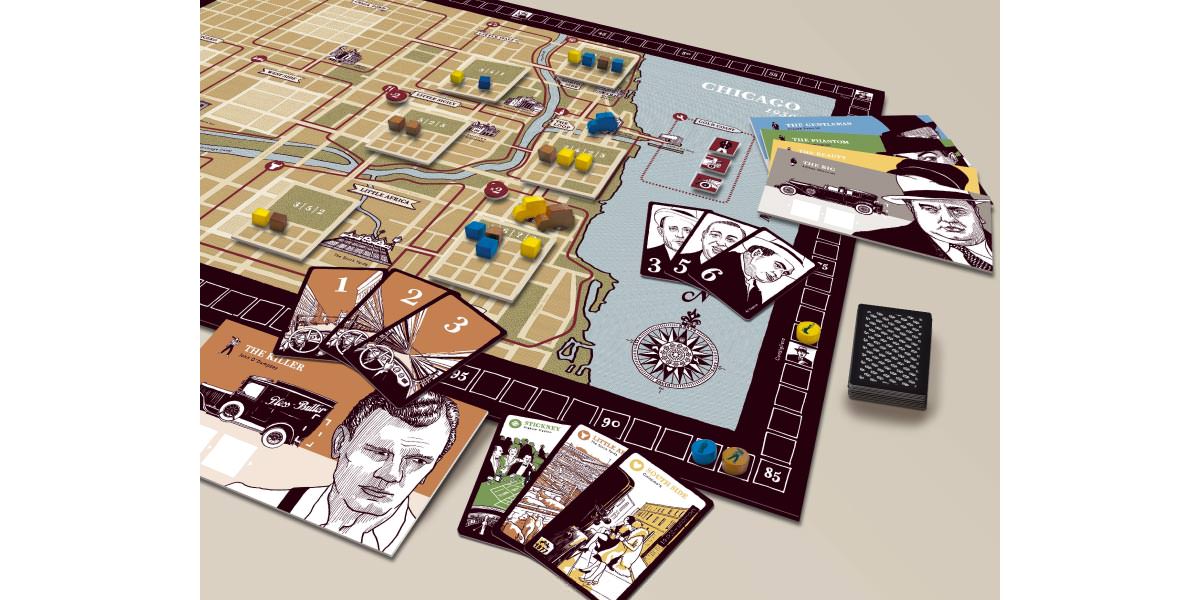 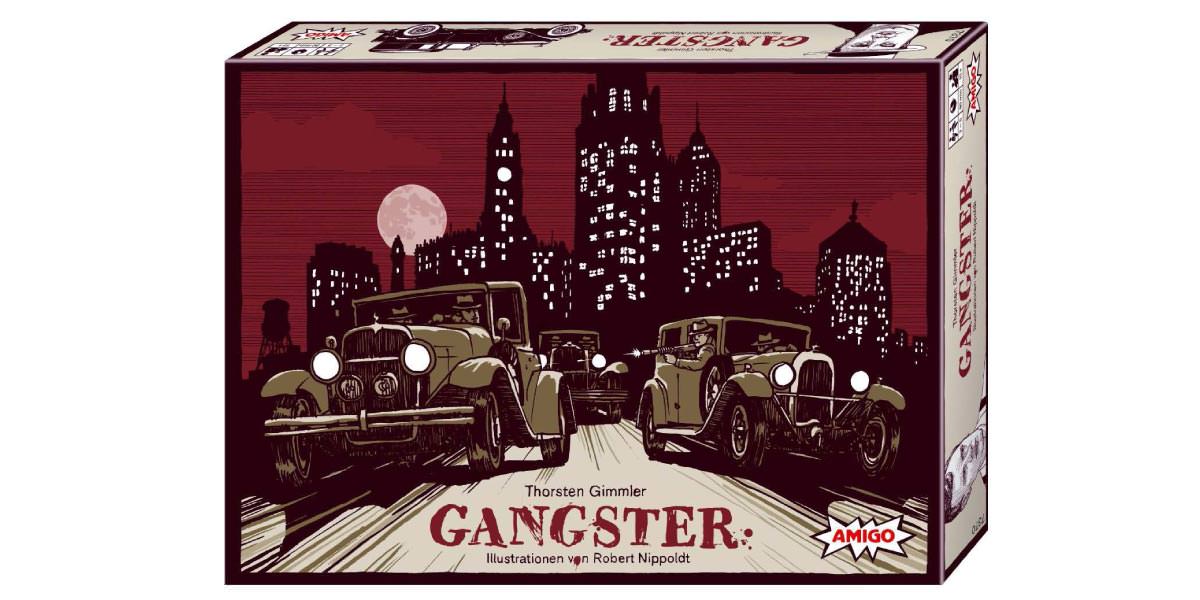 "I'm gonna make him an offer he can't refuse!"

Chicago, 1930: rival gangster gangs struggle for supremacy throughout the city. People mysteriously disappear at the docks almost daily, never to be seen again. Citizens are becoming accustomed to the sound of detonating bombs. On the roads, an open gang war rages. The police watch but do little, either corrupted by the gangs or totally overwhelmed. It is the peak of the powerful gangster bosses. They have the city under their control. Their gangs are structured like an army, with the boss standing at the top. Under him is his right hand, the Consigliere (advisor), and then the Capos (captains). The Soldati (gunmen) do the gang’s dirty business. The chauffeur at the lowest echelon drives the boss from one city district to the next. All gangsters swear to the highest law, the law of silence — Omertà. Even if a gangster is captured, locked up or tortured, the man keeps silent, for he knows: where there is no witness, there is no prosecution. Anyone who speaks to the police is quickly eliminated. The most convincing argument the gangster carries is the Thompson submachine gun (the “Tommy Gun”). With this deadly weapon, bosses are no longer dependent on trained snipers. The bosses, by extortion and force, control gambling and illegal horse bets, prostitution and armed robberies. But their most lucrative operations involve liquor smuggling. Their illegal profits are invested into legal businesses such as bars, taverns, nightclubs, and even into furniture businesses and hairdressing salons.

The bosses benefit the most from these enormous profits, but much is invested into the bribery of town councilmen and policemen. The political system already in place in Chicago is an easy environment for the gangsters to thrive. Since 1920, Prohibition is the law of the land across America. For gangs, it is a gift of immense proportions. The benefits and pleasures of alcohol are deeply ingrained in the culture; few Americans give up drinking. For the general populace, drinking becomes a harmless crime, mixing some excitement with their alcohol. Nightclubs are overcrowded with pleasure-addicted and wild people wanting fun and alcohol. Alcohol is smuggled from Canada across the Great Lakes and eventually into cities. The proximity of Chicago at the edge of Lake Michigan makes it a paradise for bootleggers (liquor smugglers). City administration exists to serve those that have paid the highest bribes. The time is ripe, since even for those unwilling to sink to the depths of their fellow criminals, too many opportunities exist not to take advantage of them. It is the time to harvest money and power. Snatch the most lucrative city districts for yourself. Construct an empire and let others acknowledge you as the boss of bosses, the King of Chicago!

A board game developed by Thorsten Gimmler with illustrations by Robert Nippoldt
MayFair Games, 2007
For 2-5 players ages 10 and up
Duration: approx. 90 min.

Chicago, early 1930s: as a mob lord you drive around town and position your gangsters in as many districts as possible to gain the widest control. Beware, however, for the progress you make is not permanent! Gangsters can temporarily disappear in enemy car trunks or even permanently at the docks.
Do you know which strings to pull to get your way? Then climb into your limousine and gain the upper hand over your rivals!

Product Description
Throughout the 1920s and 1930s, rival gangsters compete in a life or death struggle for control of the gleaming city on the shores of Lake Michigan. Each district is hotly contested, because in the end there can be only one "King of Chicago!" You play a mob boss. You compete with your fellow bosses. Through careful placement of your "boys," you control important locations throughout the city. But time is limited! Only three days remain for you to exert influence in the neighborhoods. Use these days wisely, because the gangster with the most influence at the end is proclaimed the boss of bosses! Beware! Your opponents seek the same raw glory. Take care, because if a gangster is invited down to the river for breakfast, he might not be around for supper! Gather up your boys, hop in the sedan, and see if you have the skill, the cunning, and the ruthlessness to become Chicago's top gangster! 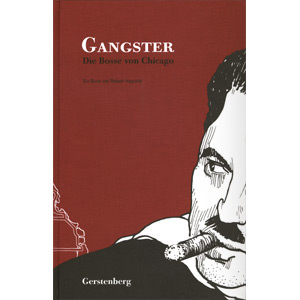 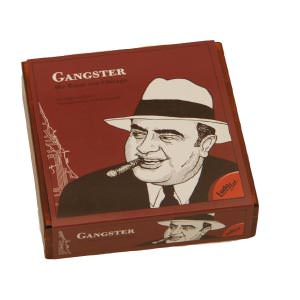 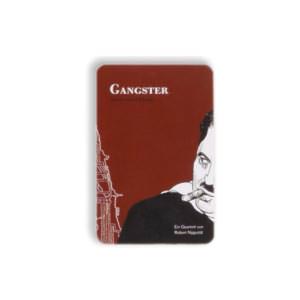 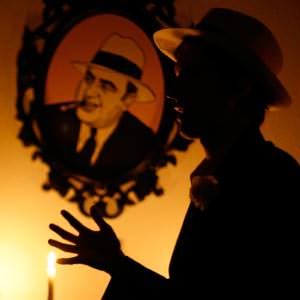